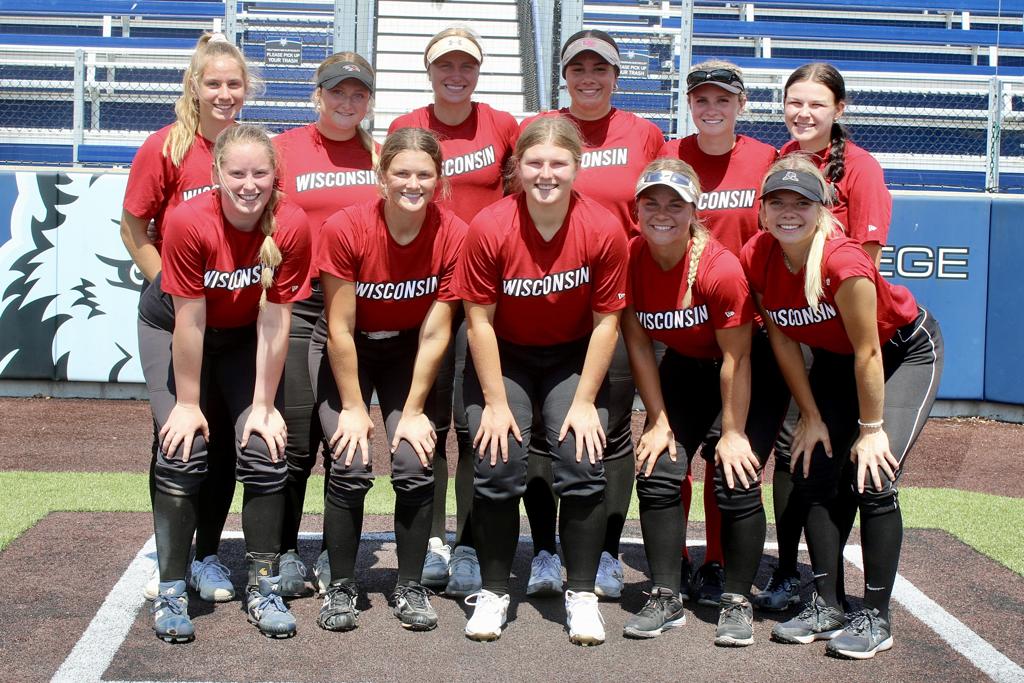 Team Rosters for Wisconsin and Minnesota

Team Minnesota got off to a fast start scoring eight runs in the first two innings. Team Wisconsin rallied with an eleven run fifth inning and scored three more runs in the sixth inning for a total of 20 hits and a 16-10 win. Libby Neveau again led the hitting attack going four for five with a two run home run and a double. Hayley Wynn went three for four with a triple. Molly McChesney tripled going two for five.  McKenzie Lamos and Cammie Riemer both went three for five with two doubles each. Syd Strelow and Kelsie Belfiori both chipped in two hits.  Bre Roberts picked up the win in relief of Meghan Anderson giving up five hits, two runs and striking out four in 5 1/3 innings.

This year's team was coached by Cindy Suess and Jamie Olsen.

The 6th annual Border Battle will be held at Woodside Sports Complex in the Wisconsin Dells on July 7th at 11 AM and 1 PM.  The game will pit 12 of the top Wisconsin graduated seniors against Minnesota's finest 12 graduated seniors.